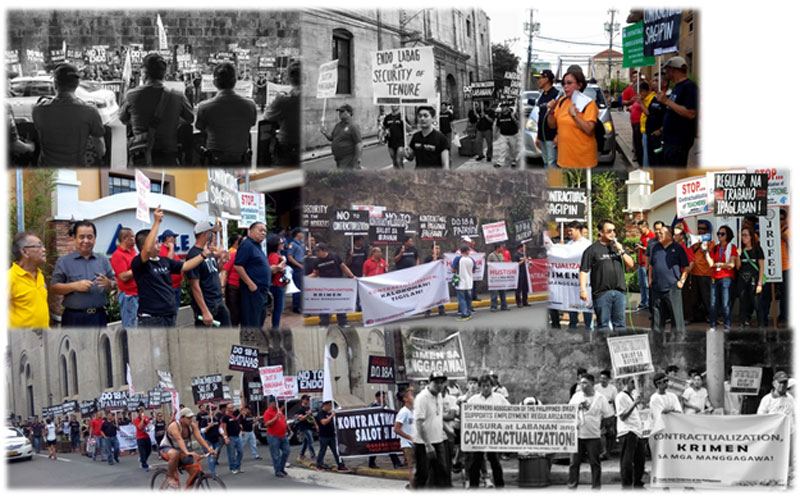 6.28.2016, Manila. — Some 326 union leaders, members and their families –perched along the historical wall of Intramuros, under close watch by a throng of police –bellowed a unified cry for justice. They called for an end to exploitation propagated by the pervasive practice of contractual and precarious employment arrangements.

In “Measuring Decent Work in the Philippines” using data between the period of 1995 and 2010, the Philippine Statistical Authority (PSA) indicated that “precarious work remains widespread. PSA said that in 2010, 15% of all workers were in “precarious work”, i.e. casual, short-term, seasonal, worked for different employers from day-to-day or week-to-week basis.

Some 600,000 workers in government are in similar contractual employment arrangements.

“Contractualization is anti-worker and anti-union. It denies workers with their rights guaranteed by the Constitution, the Labor Code and the Philippine-ratified core ILO labor conventions,” says Torres.

Torres adds: “The statement of unenlightened sectors and individuals that five months of employment is better than being unemployed is purely an argument for slavery!”

The ITUC AP affiliates called for:

(More photos of the mobilization can be seen at the TUCP Facebook page: Tucp Kmp Ituc)