MANILA, Philippines — The Department of Transportation (DOTr) has reiterated its position on the legality of its “no vaccination, no ride” policy following concerns raised by the Integrated Bar of the Philippines (IBP).

In a statement yesterday, the DOTr said the policy which it started implementing last week is “legally valid,” as it noted that it has the authority to issue the same under pertinent laws and regulations.

“It should be clear that the DOTr, in issuing the policy, is implementing the ordinances issued by all local government units (LGUs) in Metro Manila, which are all in line with the Metro Manila Council (MMC) resolution on the mobility of unvaccinated individuals,” the agency said.

“The resolution, which is likewise in line with related IATF (Inter-Agency Task Force for the Management of Emerging Infectious Diseases) resolutions, prohibits unvaccinated individuals from boarding public transport, subject to exceptions,” it added.

In its legal opinion, the Department of Justice has made it clear that the resolution from the Metropolitan Manila Development Authority and the MMC, with its corresponding LGU ordinances, is a valid exercise of police power under the Local Government Code, according to the DOTr.

“Considering that the DOTr’s order implements these ordinances, then the same is likewise legally valid,” the DOTr said.

The agency added that the policy does not violate Republic Act 11525, which states that vaccine cards shall not be considered as additional mandatory requirement for educational, employment and other similar government transaction purposes.

Access to public transportation is not among those enumerated in the prohibition, according to the DOTr.

“Remember that the so-called right to ride needs to be balanced with our responsibility as transport regulator to maintain and preserve safe travel,” it said.

“Further, please note that the no vaccination, no ride policy is not absolute – it has exceptions,” it added, emphasizing that unvaccinated individuals are still allowed to travel by using other means aside from public transport.

In addition, the policy’s coverage is only in the National Capital Region (NCR), given its high vaccination rate, according to the DOTr.

“It is also not perpetual – it shall only be implemented while the NCR is under Alert Level 3 or higher. Once we scale down to Alert Level 2, this policy shall automatically be lifted,” it said.

Over the weekend, the IBP urged the government to “take a second hard look” at its policies that restrict the movements of unvaccinated people, which raise legal questions, such as the “no vaccination, no ride” policy.

As this developed, workers are seeking a dialogue with the Department of Labor and Employment (DOLE) to resolve once and for all the controversial “no vaccination, no ride” policy.

“A planned dialogue between DOLE officials and Nagkaisa labor coalition leaders has long been delayed. Instead of social dialogue, the government is exercising social distancing with labor groups,” Magtubo said in a statement.

He added that workers welcomed the resumption of the labor inspections to ensure compliance with labor standards and enforcement of occupational safety and health protocols.

For the labor group leader, labor inspection is necessary, especially during the pandemic, since erring employers have “weaponized” COVID-19 to abuse workers.

Magtubo, however, said the DOLE should also address other concerns of workers, including the “no vaccination, no ride” policy.

Bello had previously apologized for the chaos over the contentious policy.

“Confusion has arisen over these issues because of lack of social dialogue, among others,” Magtubo said.

“These policies are patent discrimination against workers and poor. In contrast, rich people – vaccinated or not – are free to move around since they have cars to use. These unfair and biased policies disproportionately impact people on the laylayan (fringes of society),” he added.

Meanwhile, only a few displaced workers have expressed their intention to seek cash assistance from the government, according to the DOLE.

“So far, our online system received application from 116 affected establishment with more than 1,223 workers,” Tutay said.

There were also individual applicants.

As of last Sunday, Tutay said the DOLE has recorded 25,855 workers who were affected by permanent closure, retrenchment and temporary closure of establishment following the declaration of Alert Level 3 in their respective areas.

She added that the number of affected workers could still go up as more areas nationwide were placed under Alert Level 3 or Alert Level 4 due to the widespread transmission of COVID-19.

The DOLE official noted that all those workers affected by the declaration of Alert Level 3 or higher are eligible to apply for CAMP benefit regardless of their employment status.

The DOLE estimated that about 200,000 displaced workers nationwide shall benefit from the implementation of CAMP 2022 with its allocated budget of P1 billion.

Under the program, displaced workers will receive a one-time cash grant of P5,000.

All sectors, including from education and construction, may also avail themselves of the cash benefit, according to Tutay.

Workers affected by flexible work arrangements are not covered by the program because they still have an income.

The national government has released a total of P11.8 billion in social risk allowances (SRAs) and other benefits for medical frontliners, even as the House of Representatives approved a bill that will grant such continuing benefits to health care workers (HCWs).

At the same time, the Yap committee gave its green light to a proposal that will grant mandatory continuing benefits to HCWs in public and private hospitals, including barangay health workers, during the pandemic and in future public health emergencies.

Under the proposed Public Health Emergency Benefits for Health Workers Act, an SRA must be granted for all HCWs for every month of service during the state of public health emergency based on their risk exposure categories.

Meanwhile, amid the exodus of nurses seeking greener pastures abroad, registered nurses who just passed the board and have decided to join government should be enjoying at least P35,000 in monthly salary, as per the new Salary Standardization Law (SSL) 5.

Under Republic Act 11466 (SSL 5), their compensation under Nurse I category (Salary Grade or SG 15) in government hospitals – both in national and LGU health care facilities – have been adjusted to P35,097 monthly. 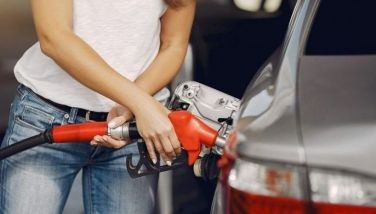 This 2022, here’s how you can increase your car mileage to save money New year, new challenges: Here’s how kids can stay safe and warm this 2022 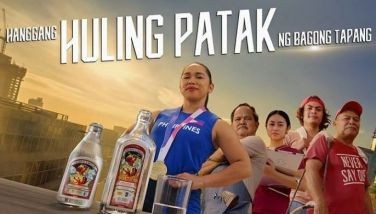 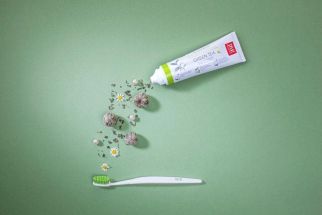 Blue Ribbon orders arrest of Rose Nono Lin, 4 others for skipping hearings on Pharmally deals
Sen. Richard Gordon said that the arrest orders are “not a punishment”, but rather, a show of assertion to people who do not…
HEADLINES 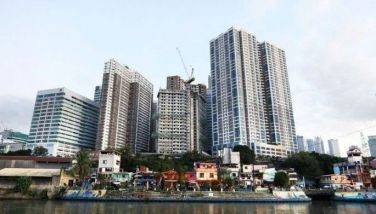 Moderna begins trial of Omicron-specific vaccine booster
US biotech company Moderna announced on Wednesday that it has begun clinical trials of a booster dose of vaccine designed specifically to combat the Omicron variant of the coronavirus.
22 hours ago
COVID-19 VACCINE Pfizer-BioNTech begin Omicron vaccine trial
Pfizer and BioNTech have begun enrollment for a clinical trial to test the safety and immune response of their Omicron-specific Covid-19 vaccine in adults aged up to 55, the companies said in a statement Tuesday.
1 day ago
COVID-19 VACCINE An Old Clay Pot
We have this treasure in jars of clay to show that this all-surpassing power is from God and not from us. — 2 Corinthians 4:7
MORE DAILY BREAD